Hope in Action: Speaking Out Against Silence in India

The power of collective action was on full display in India as more than 5,000 women leaders—themselves survivors of sexual violence—set off on a 10,000-kilometer march to tell their stories and challenge the culture of fear and shame.

Sexual violence is a pervasive problem in India. A recent study by the Thomson Reuters Foundation found that India is the world’s most dangerous country in which to be a woman. As many as 2.5 million crimes against women have been reported over the last ten years.

Around 100 sexual assaults are reported a day—and many women still do not report cases of abuse to the authorities. Conviction rates are shockingly low, while survivors are stigmatized by a culture that blames the victim.

Ashif Shaikh helped organize the Dignity March to end that stigmatization and create a national network to empower survivors. The head of Jan Sahas (a Fund grantee since 2009), Ashif is also the convener of the march’s organizing body, the Rashtriya Garima Abhiyan, or National Campaign for Dignity.

“The Dignity March is a response to what is happening around us,” the campaign’s website reads. “It is time to speak up.” As a platform for survivors to share their stories, the march challenged the culture of silence that has permeated society and protected abusers.

The Dignity March began in late December 2018, originating in Mumbai. Activists, celebrities, and survivors gathered to commemorate the occasion.

“We want each and every rapist to be put behind bars, and survivors should hold their heads high,” said Bhanwari Devi, an activist and survivor, at a press conference marking the start of the march. After Bhanwari was raped in 1992, her attackers were acquitted by a district and sessions court; she is still fighting for justice.

For more than two months, the Dignity March went from town to town, engaging with local communities and mobilizing support to challenge the stigma of abuse. Along the way, the activists were joined by thousands of other survivors, held rallies, met with local politicians, and raised awareness around taboo forms of sexual violence, such as trafficking and caste-based prostitution.

It wasn’t only women who were moved by the march’s message. Across the country, men came forward to support women, as well.

“It is time that society stops placing the burden of response on survivors of sexual violence,” says Ashif. “Rather, that responsibility needs to be shared by everyone, including men.”

On February 22, the march reached New Delhi, where thousands of supporters, from Bollywood celebrities to governmental officials, came out to celebrate the survivors—a tremendous show of solidarity for the cause.

At the culmination event, organizers presented awards on behalf of the Dignity March to individuals who had helped prevent and reduce sexual violence in their respective fields.

Although the march itself is over, Ashif and the Rashtriya Garima Abhiyan are continuing their work to realize a safer India for women and children. According to Ashif, “We want to sensitize the people and change their mindset to end the stigmatization of survivors.”

At the Fund, we believe in mobilizing and supporting movements.

The Dignity March reaffirmed the power of collective action, as these courageous survivors raised their voices together and, step by step, carried forth their message of justice.

Their remarkable journey shows that there’s not only strength in numbers—there’s hope, too.

More than ever, we need courageous, determined activists like the organizers and participants of the Dignity March, who give us hope that we can end violence against women.

Learn more about our #HopeInAction campaign. 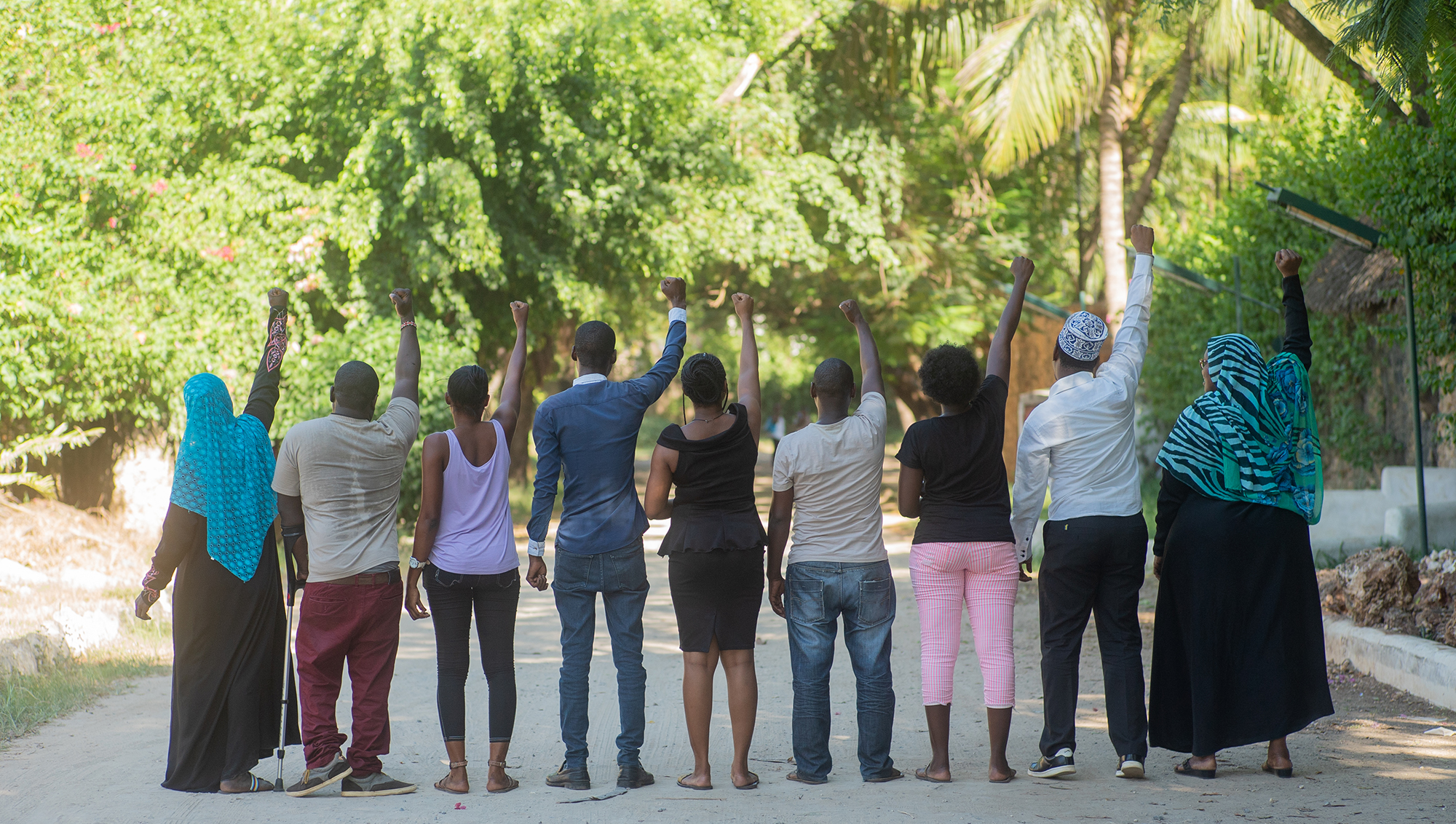