True Resilience: Fund grantees refuse to back down during escalating crackdowns in Honduras Nearly two years ago, on March 2, 2016, environmentalist and Lenca rights’ activist Berta Cáceres was gunned down in her home in La Esperanza, Honduras. Her assassination was orchestrated by powerful actors—military leaders and corporate investors seeking to stop her campaign against a hydroelectric dam project that threatened local water reserves.

Their plan backfired. Far from silencing the community, Berta’s murder emboldened indigenous groups to stand up to companies seeking to develop their land without their consent.

But as the number of activists speaking truth to power has multiplied, so too have the threats against them. In Honduras, these threats have escalated in the aftermath of November’s deeply flawed elections, which fueled mass demonstrations across the country. The government has used this turmoil as cover for ramping up its targeting of leading human rights organizations, including multiple groups supported by the Fund for Global Human Rights.

The Broad Movement for Dignity and Justice (MADJ) is one of these groups. Dedicated to combatting corruption and advancing environmental and land rights, MADJ is playing a key role in several struggles to stop harmful development projects, including a hydroelectric dam in the country’s north. Geovany Díaz Cárcamo was at the helm of this 22-community strong, peaceful resistance movement—that is, until he was killed by actors who wanted to muzzle him.

Dragged from his home in Pajuiles in the pre-dawn hours of January 23rd, Geovany was shot multiple times by a group of armed men. His murder was the latest in a wave of extrajudicial killings of peaceful protestors and human rights activists in the aftermath of the elections—violence that has hit the frontline groups the Fund supports particularly hard. A rally in memory of Berta Cáceres.

The current crisis in Honduras began on November 26th, when millions flocked to the polls to choose their next leader. The highly-anticipated race pitted incumbent President Juan Orlando Hernandez against opposition candidate Salvador Nasralla. With many Hondurans critical of the Hernandez regime, tensions were running high on Election Day. What happened next caused them to boil over.

After publishing initial results giving Nasralla a five-point lead over Hernandez, the Supreme Electoral Tribunal’s online reporting system went down. Two days later, on November 29th, the alleged glitch was fixed, final tallies were published, and Hernandez was declared the winner by a 1.45 percent margin.

The sharp shift in the election results and lack of transparency in the tallying process prompted outrage, and citizens took to the streets en masse. They were met by heavily armed police and even soldiers, who often fired live bullets into the crowds. Despite the dangers, people continued to demonstrate through January 27th, when Hernandez was sworn in. Many remain on the streets today.

The human cost of the electoral crisis has been high. At least 39 people have been killed—either at the hands of security forces during crackdowns on demonstrations, or as part of a series of targeted attacks on human rights activists, many of whom have long been in the government’s crosshairs.

Geovany was killed as he was working to monitor, document, and call for an end to the post-election crackdown. Tragically, MADJ has also suffered other casualties, including members Wilmer Paredes and Ramón Fiallos.

A 21-year-old youth leader from San Juan Pueblo, Wilmer was beaten by police in December while protesting electoral fraud, and was stalked by unknown actors in the weeks that ensued. MADJ reported the harassment to the National Protection Mechanism for Human Rights, but the body refused to act, and Wilmer was shot dead by an unidentified group on January 1st.

Ramón was killed a few weeks later, on January 22nd.  The 65-year-old community leader was struck by a bullet when security forces opened fire on a protest he was attending in San Juan Pueblo. He was rushed to a local clinic, but ultimately died of his wounds.

On top of this violence, MADJ’s director, Martin Fernandez, has been the target of a sustained smear campaign on social media, had his home broken into, and been followed by suspicious vehicles.

Enhanced surveillance, office raids, attacks, and smear campaigns have also been reported by other Fund grantees. Multiple members of the Black Fraternal Organization of Honduras (OFRANEH), which advocates for the country’s 46 Garifuna communities, have had their homes raided by police during the night. Their coordinator, Miriam Miranda, has received targeted threats. Meanwhile, close members of her family have been followed.

German Chirinos of the Social Environmental Movement of the South for Life (MASSVIDA) was kidnapped by armed men who said they were hired to kill him due to his opposition to a mining project. MASSVIDA works to protect the land and water rights of communities in the south. Fortunately, German managed to get away and is alive today.

“It’s clear that the government is using the post-election crackdowns to ramp up their attacks on grassroots groups that denounce the serious human rights violations they commit,” says Ana Paula Hernandez, Program Officer for Latin America at the Fund. The government wants to silence these groups, but as Fund grantees have demonstrated, it’s not that easy. A rally in memory of Berta Cáceres.

One of the most well-known activists targeted in the aftermath of the elections is Father Ismael Moreno, a Jesuit priest at the helm of the Reflection, Investigation, and Communications Team (ERIC). A Fund grantee since 2015, ERIC investigates and exposes human rights abuses being committed across Honduras. Its radio station, Radio Progreso, broadcasts to rural communities and major cities alike, posing a direct threat to state and corporate-owned media outlets.

An outspoken critic of government corruption, impunity, and violations of natural resource rights, “Padre Melo,” as he is affectionately known, has been the victim of multiple hate campaigns to discredit him. His critique of the post-election violence has prompted a ratcheting up of this slanderous assault on his character, and he’s lodged a formal complaint with the authorities to request their protection. The complaint has been met with silence, but like his dear friend Berta before him, he’s not backing down.

“I believe profoundly in life, and I profoundly believe in human beings, and I deeply believe that the good will prevail against any kind of evil and violence,” said Padre Melo in 2015.

The Fund is working to ensure Padre Melo and his peers at ERIC, MADJ, OFRANEH, and the many other groups under attack get the help they need to persevere. In some cases, this help takes the form of emergency grants to bolster their security; in others, it is composed of technical trainings, or the sharing of best practices from other groups under threat. By resourcing grantees’ resilience, we hope to help them hold the line against the ongoing attempts to stop them. Their resolve is evidence that the saying is, indeed, true: Berta hasn’t died, she’s multiplied. 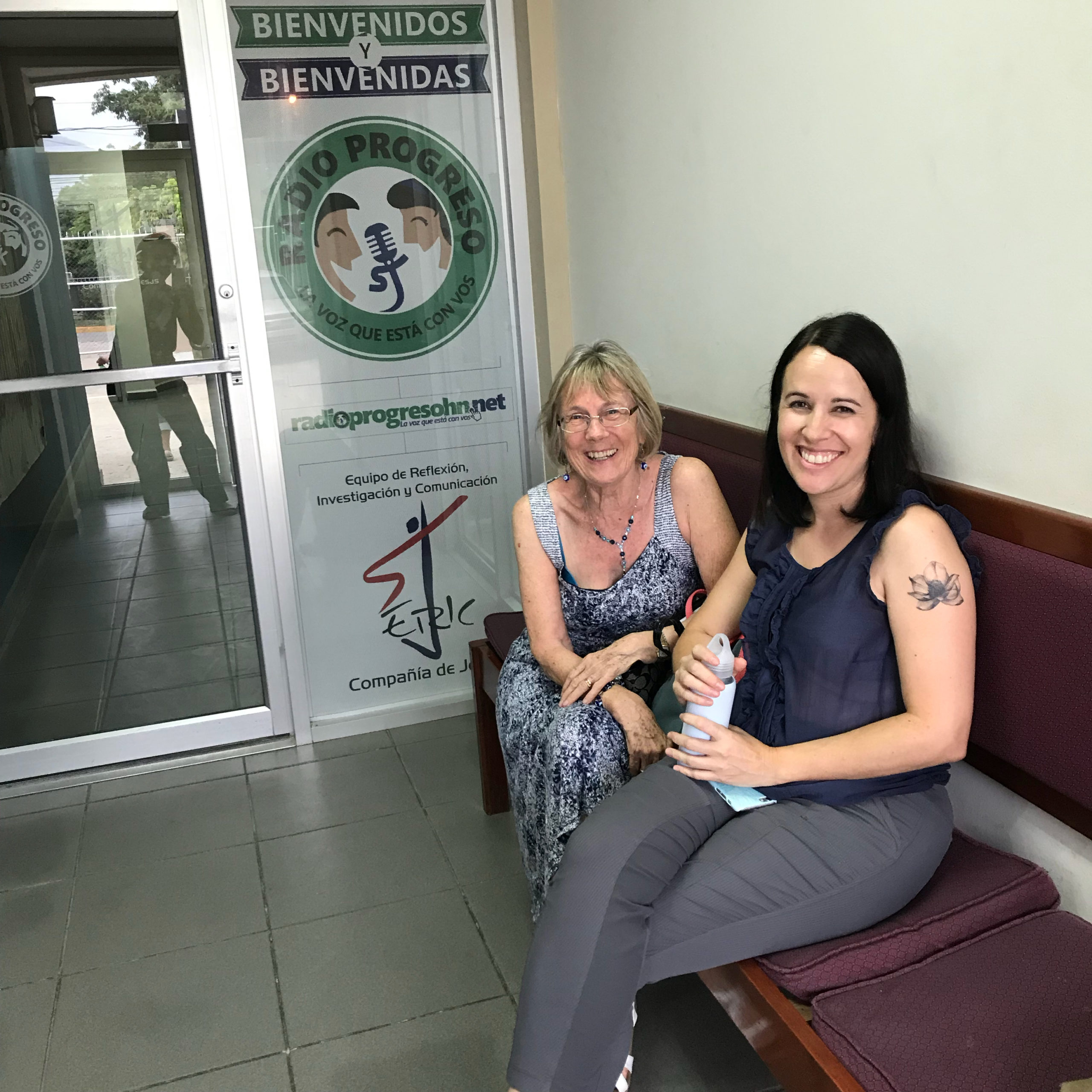 What Covid-19 Means For Equity And Inclusion